Eddie Erickson – virtusoso banjoist and guitarist, vocal stylist and entertaining showman – has to be one of the most affable and approachable musicians on the jazz circuit today.

He was born in San Francisco in 1948 and grew up in nearby Santa Clara. His father played the guitar “for his own amazement,” according to Eddie. “His sense of time wasn’t very good. We had a neighbor who played the ukulele, so I decided to take up the uke at the age of seven. But I soon got bored and shot holes in the instrument with my bb gun.”

“At 13, I saw a banjo in a music store, but was told it was too expensive. That Christmas, I received a tenor banjo my parents purchased with a half-down payment, with the stipulation I pay the remaining half from my newspaper route earnings and take lessons. My teacher was a Filipino gentleman who spoke little English. After three months, we parted ways. I got a couple books and records of George Van Eps and Louis Armstrong and began teaching myself. After hearing Eddie Peabody and Perry Bechtel, I became inspired.” Django Reinhardt, Joe Pass, Wes Montgomery and Howard Roberts are other guitarists who have had an influence on his playing.

When he was 15, Eddie got his first professional job playing for free in a local pizza parlor, but he was fired after two weeks when it was discovered he was underage. Two years later, he switched to the plectrum banjo and developed an interested in the guitar. During his late teens, he became acquainted with all the area watering holes when he was called upon to pick up his father when the elder Erickson overindulged.

This led to his first steady job in 1968 at the famous and colorful Capone’s Warehouse on Cannery Row in Monterey where he added cornet to his repertoire. “It was a family joint that had evolved into a nightclub. It was usually a free-for-all where anything was apt to happen. But for me, it was like a university for learning about show business and being an entertainer. We did a lot of Spike Jones routines, and I even had a guitar shaped like a toilet seat. The waitresses were called ‘The Untouchables,’ and I ended up marrying one.”

He next headed for Disney World and Disneyland where he was featured in the Class of ’27 Show at the Diamond and Golden Horseshoes and also performed with the Banjo Kings. From 1978 to 1983, he led the Riverboat Rascals show band on board the Empress Lilly Showboat. “We played six nights a week in a boat set in cement in a shopping mall that was surrounded by Lake Buena.” It was back to Monterey in 1984 where he hooked up with Jackie Coon and the Abalone Stompers.

His growing reputation in the jazz community soon earned him work and recordings with such luminaries as Rick Fay, Bucky Pizzarelli, Johnny Varro, Dick Hyman, Dave Frishberg, Big Mama Sue Kroninger and many others. In 2000, he became part of the Becky Kilgore Quartet that included Dan Barrett and Joel Forbes. He began getting invited to the elite jazz parties and traveled overseas. In 2006, he was recognized as the Musician of the Year at the Sweet & Hot Festival in Los Angeles. For the past 20 years, Eddie has shared his seasoned skills with youth camps and workshops and finds this highly rewarding and important in keeping jazz alive.

Like Fats Waller, Eddie expressed concern that some people may view his display of humor while performing as overriding his consummate desire to be seen as a serious musician. “I take my performing very seriously and always aim to please the audience,” he said. “But I may too often put undue pressure on myself in spite of outward appearances. At times I may feel a certain inadequacy that I am out of my element. I genuinely enjoy interacting with people, but the travel,  performing, long hours and non-stop socializing can be exhausting and somewhat stressful. When I return home to Pacific Grove, California, I find I need a few days to recharge my battery.”

In spite of his reservations, Eddie is held in extremely high regard by his peers. Noting that he has a great natural ear, musically speaking, Becky Kilgore says, “If he doesn’t know the tune, he is very quick in figuring out the chords.” Dan Barrett chimed in, “Eddie has great tone and is technically adept at providing just the right time and rhythm. He phrases like a trumpet player and constantly demonstrates the ability to mix good humor with top-flight music while not diminishing his musicality.”

His many fans will take issue when he says he doesn’t feel like a professional musician or consider himself a great singer. He certainly has come a long way since his days as a pizza parlor banjo player. His website refers to him as “Fast Eddie” and “The Singing Moustache.” His business card reads, “Yesterday’s music at today’s prices.” When asked how he wants people to view him, he modestly responds, “I’m just a guy who plays music.” 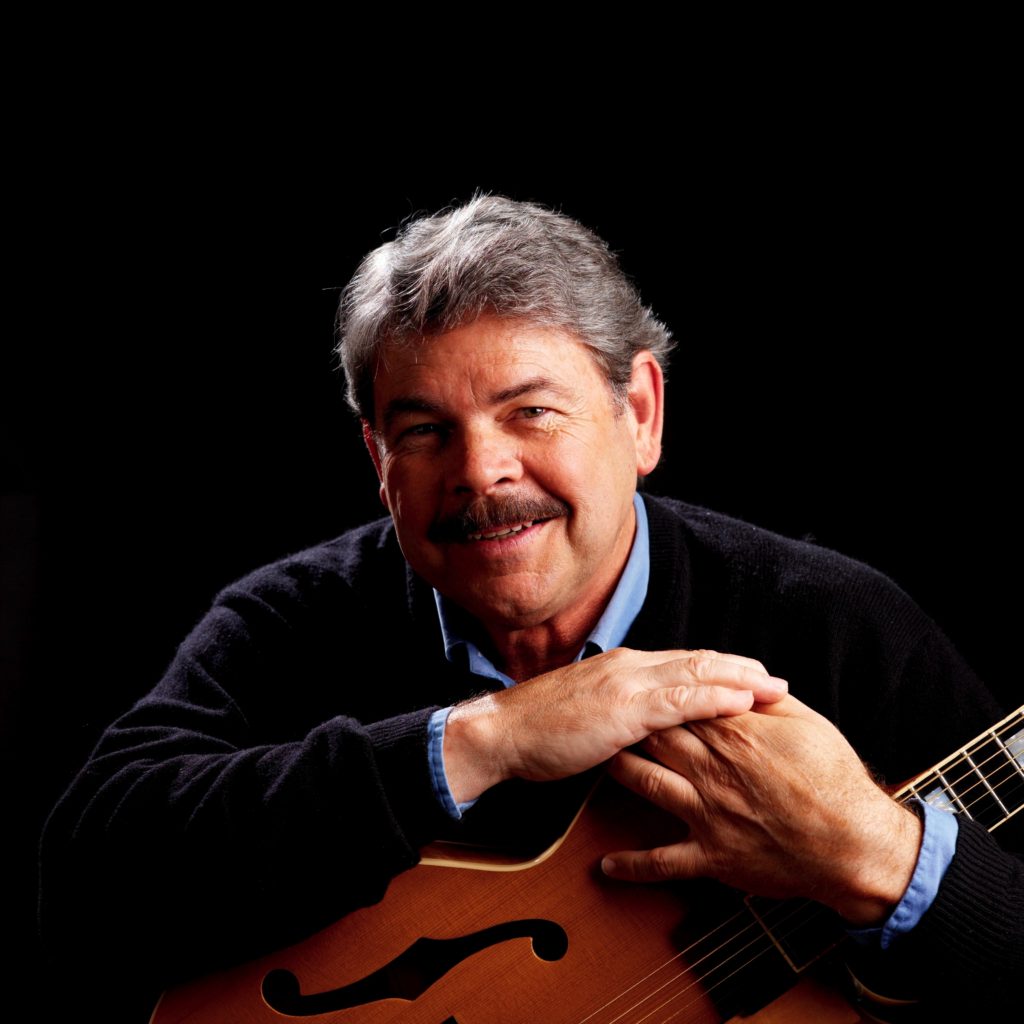