The Yosemite Jazz Band is based in the mountain communities bordering Yosemite National Park. Since 1994 the band has delighted its audiences with an entertaining blend of traditional jazz favorites. For 28 years The Yosemite Jazz Band has been the house band at a local Pizza Factory restaurant in Oakhurst, California; playing every Thursday night from spring to fall. The bands high energy playing, inspired singing, and fun-loving attitude has garnered them a substantial local following. The bands tight rhythm and popular song choices make them a favorite among dancers. The Yosemite Jazz Band performs throughout Central California at festivals, dances, State and County Fairs, and private events. 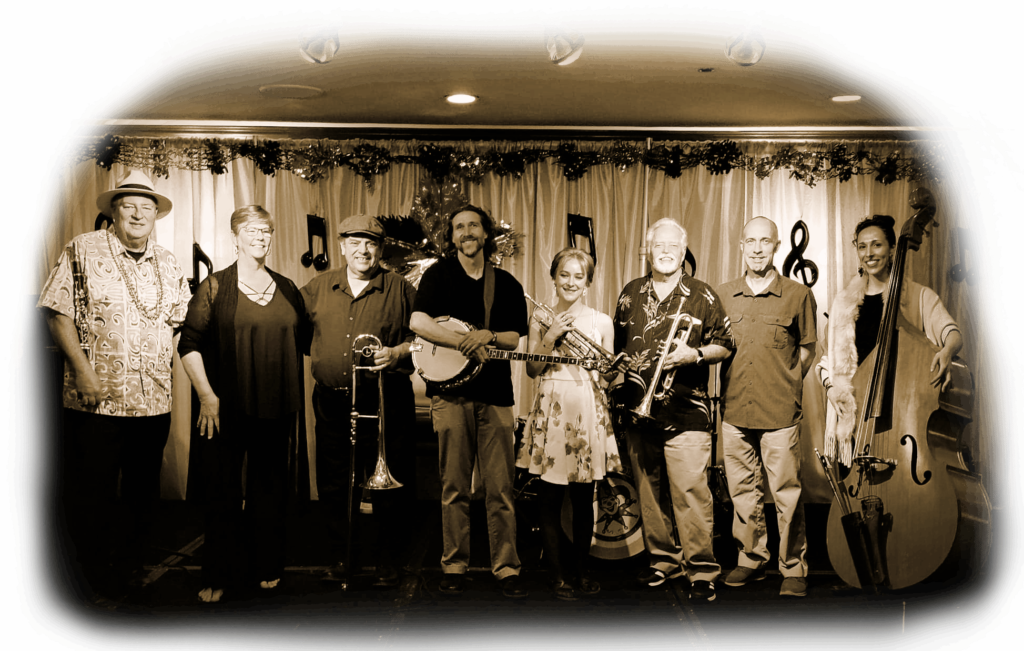